Is anyone using MS Edu Live / Google Apps for their school email?

We are investigating email providers in the event we ever wish to consider moving from our own self-hosted and self-maintained Exchange Servers.

How many schools are using a MS Edu Live / Google Apps for Education setup?  Have you liked it?  Are there any other "cloud" 3rd party email services being used?

Thanks for any input. :)

Replies to This Discussion

At AMBS we switched from our self-hosted and self-managed Exchange server to Google Apps in March-April 2011, after piloting it with a small group of faculty, staff, and students test it from September 2010. The pilot group consisted of users with widely-divergent technical abilities. We planned to do a short pilot of Google Apps, followed by a short pilot of MS Edu Live. However when I attempted to register for MS Edu Live using my web browser (Chrome), I could not complete the process due to a handy message that said, and this is nearly verbatim, "MS Edu Live may be designed for your institution, but it isn't designed for your web browser." At that point we decided to spend a bit more time piloting Google Apps.

The pilot group was overwhelmingly in favor of moving to Google Apps from Exchange. This was true both in the aggregate and disaggregate. The migraton process went pretty smoothly.

Results: most people are happy with Gmail and Google Calendar, though a few had a rough go of getting used to Gmail. One person is using Google's Outlook Connector in order to be able to sort messages by subject. (I did not widely advertise that option because I wanted as much as possible to minimize the points of failure.) A few people also miss being able to flag a message as important when they send it. 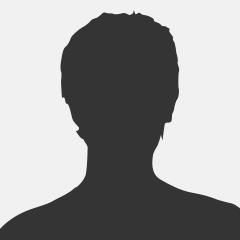 In 2008, Luther Seminary started a pilot of Google Apps resulting in a permanent switch completed by May 2009 for students, faculty, and staff. We had very little concern from students with the switch - largely because of the horrid system we had them on previously; they received the biggest benefit. For faculty and staff accustomed to Outlook/Exchange there was a very mixed response; some loved it and others hated it. I will be the first to admit that inadequate training and limited migration support were part of the problem. The biggest concerns at the time were related to Gmail: There was substantial confusion around conversation grouping and the concept shift from folders to labels. Some individuals used the priority feature in Outlook and missed it in GA. Other concerns have been addressed with updates to GA over the years. Conversation grouping is now optional, nested labels exist to give the feel of a directory structure, delegate features have been greatly enhanced, and we did some follow-up training and workshops in the six months after the migration that eased many concerns. I still occasionally hear about how GA doesn't do this or that, but mostly the campus has accepted it.

EDUCAUSE has a section on GA and Live, if you want more general information.

The biggest warning I have with going to an outsourced service is carefully read the legal agreements and vet them with a FERPA expert and negotiate changes. Both Google and Microsoft's early standard agreements violated FERPA. About 18 months ago Google's wasn't too bad, but Microsoft's still had substantial FERPA issues (per a FERPA expert I listened to at a conference).

As I write this, Google seems to have a substantial outage issue right now. Up time is generally good, however - at least as good as our Exchange system in the past if not better.

We're using GMail. After some testing by myself and a couple of other colleagues, we decided to make the switch, but we used a fairly long transition period. We started putting all new students and employees directly on GMail as of the start of the Fall 2010 term. We introduced a "self service" page for faculty and staff to move over. By the end of the semester, we had opened it to students--again, with the self-service page so they could choose specifically when they switched over to receiving mail from Google. We cut off mail delivery to the old server in April 2011 (since that was the end of our Barracuda Spam Firewall update subscription).

For the most part things went very smoothly. I'd be happy to answer any specific questions anyone has.